The islands of Japan represent one of the finest destinations in the world for winter wildlife photography.  It was such a privilege to be so close to some of the most charismatic and photogenic wildlife in the snow covered landscapes and on the floating sea ice.

Two thirds of Japan is comprised of mountains and hills clothed in dense forests along with beautiful coastal and wetland scenery, a backdrop to a wealth of wildlife.  My journey began at the Joshinetsu Plateau National Park, three hours by train from Tokyo into the Japanese Alps.  The “monkey park” at Jigokudani, which opened in 1964, is the only place in the world where it is possible to photograph the monkeys bathing in their own natural hot spring.  Jigokudani literally means “Hell’s Valley”, although for the group of Japanese Macaque Monkeys (Macaca Fuscata) who live there, it is more akin to heaven on earth! 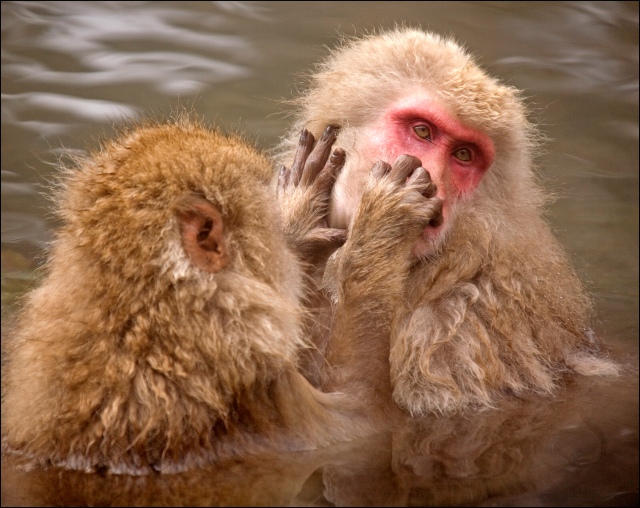 My journey continued northwards to the island of Hokkaido, the second largest island in Japan’s extensive archipelago in the north western Pacific Ocean.  The Kushiro Marsh is a vast wetland that sprawls around the meandering Kushiro River, attracting thousands of Japanese Cranes (Grus Japonensis)  each winter.  This marsh was designated a National Park in 1987 to help conserve the wildlife there.The site of these elegant birds dancing on the boundless snow-covered land is breathtaking! 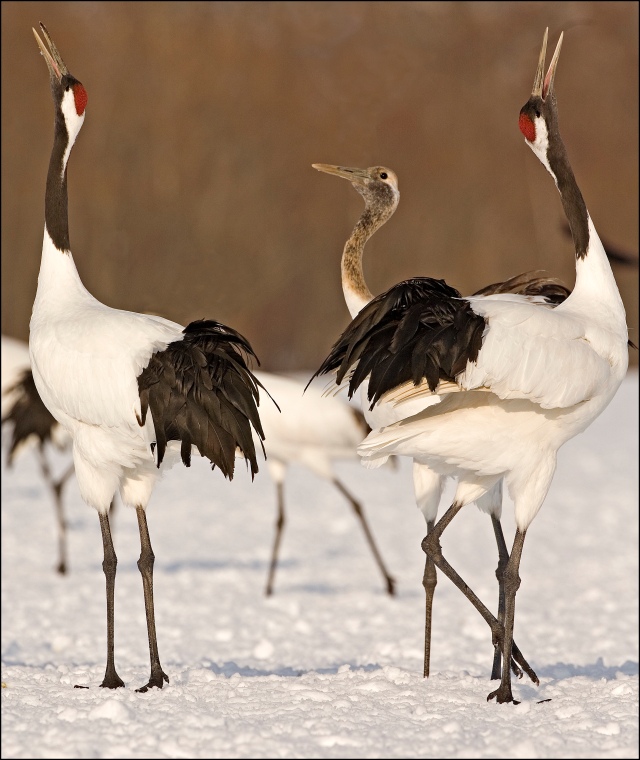 At the Akan Crane Centre, the Cranes are fed regularly and the Black Kites and White-tailed Eagles take full advantage too along with the Whooper Swans! 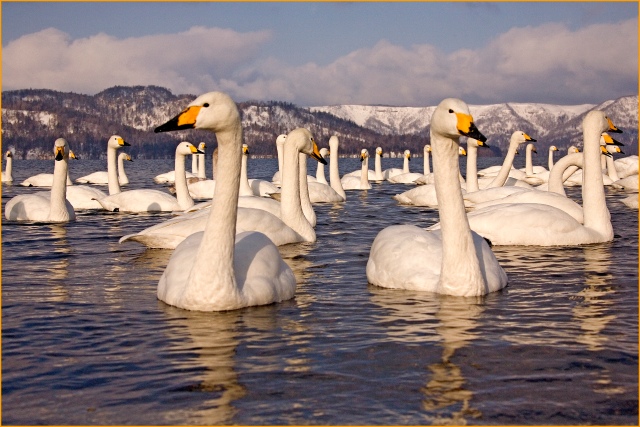 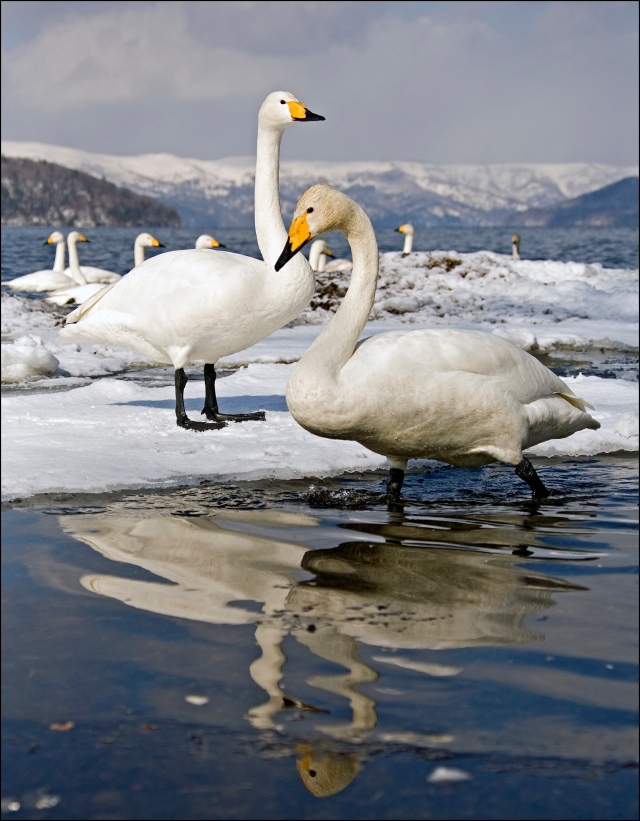 Travelling north to the Shiretoka Peninsula, and taking a boat along the coast in the Sea of Okhatsti  to the far north to reach the pack ice, we are rewarded with at least 80 Stellars Sea Eagles! 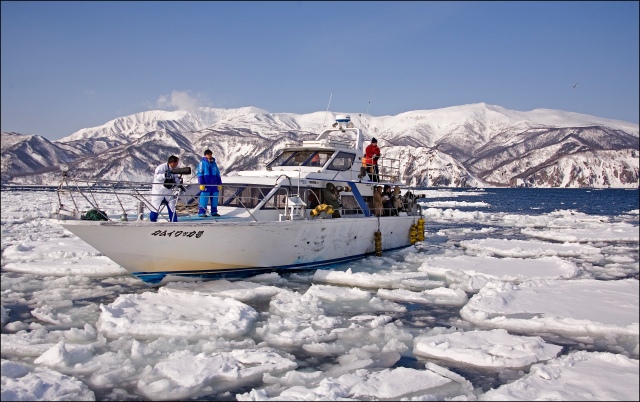 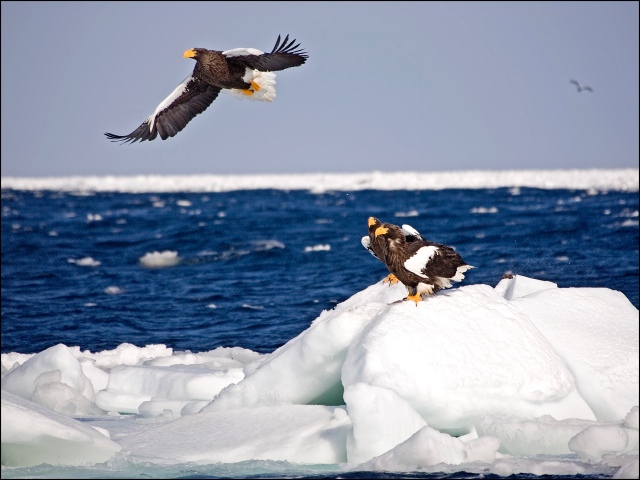 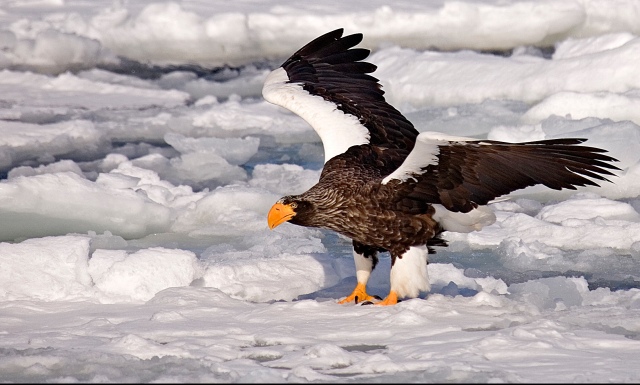 A cold morning was spent in a forest to photograph a Ural Owl (Strix Uralensis) just nestled in a tree, oblivious to strange creatures climbing down banks with tripods and cameras to take his picture!   He just spent several hours asleep!