A New Arrival in New Zealand

The beautiful coastline of North Island, New Zealand, came into view at first light on day ten of our passage from Tonga.  We had motor-sailed for the last two and a bit days in 4-8 knots of wind making good time with our sails boosting our motoring speed by over a knot. It was blissfully hot on the western side of the high pressure system, now drawing warm air down from the tropics, and a flat calm sea made a welcome change from the previous days of awkward waves. We also finally caught a fish, having lost a lure and two other fish to something rather big over the last few days. 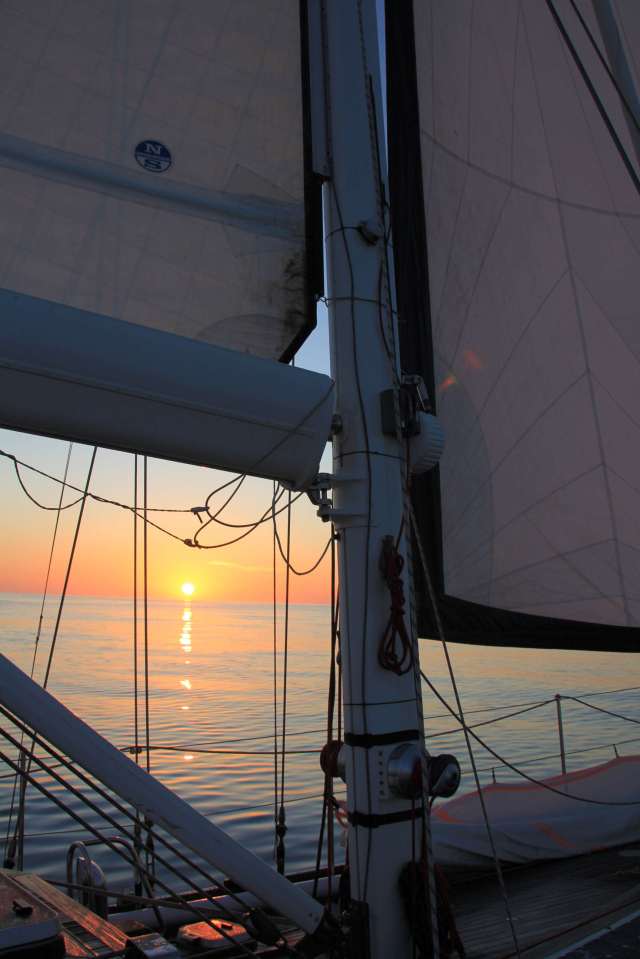 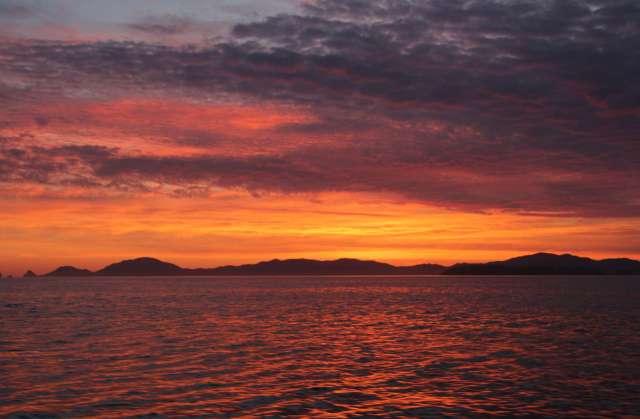 It was surprising not to have seen many shore lights the previous night as we approached the coast, quite often the warm glow of light pollution extends out to sea for up to 50 miles from more populated islands. Certainly not from the northern part of New Zealand.

Entering the beautiful Bay of Islands on our way to Opua to clear in, we dropped our sails and passed by the small town of Russell. Our dear friends Ted and Barbara are here on holiday,  so we gave them a wave in case they were watching, and arrived at the quarantine dock just before 8am. 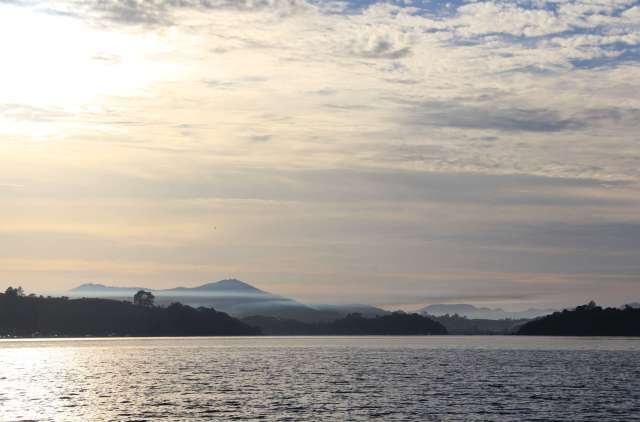 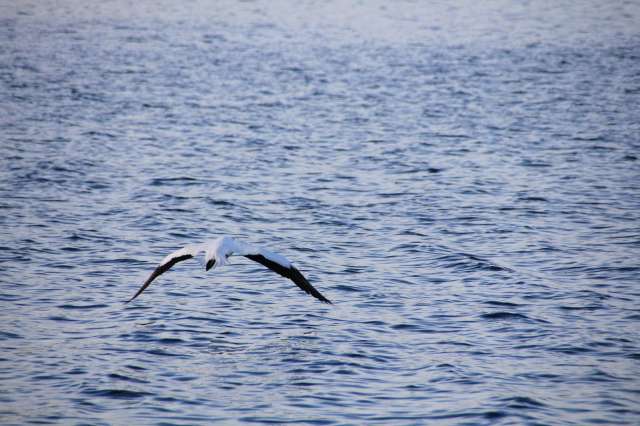 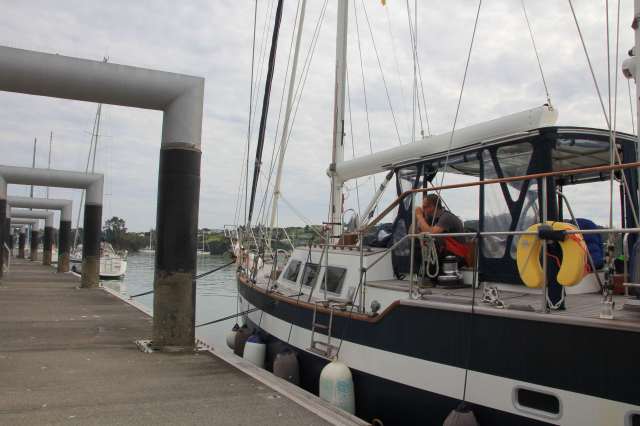 In the Southern Hemisphere it’s not just weather systems and draining water that go the opposite way to the Northern Hemisphere.  It took over six hours to clear in, with officials frustratingly working from the back of the queue forwards! 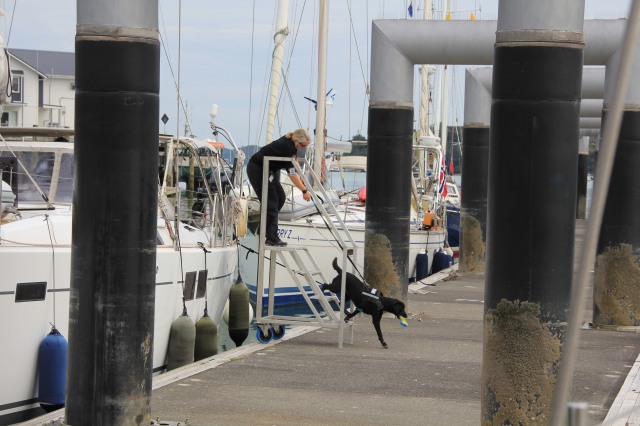 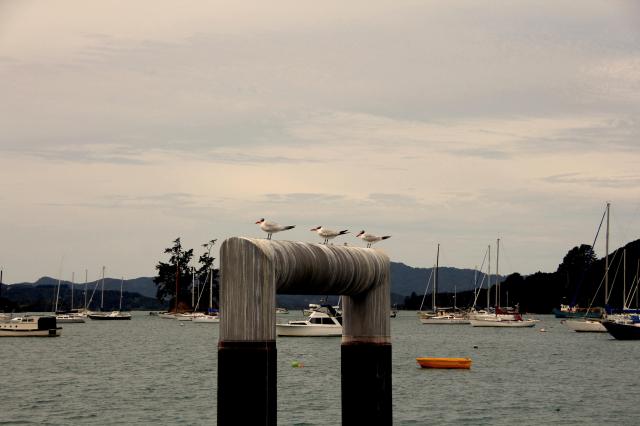 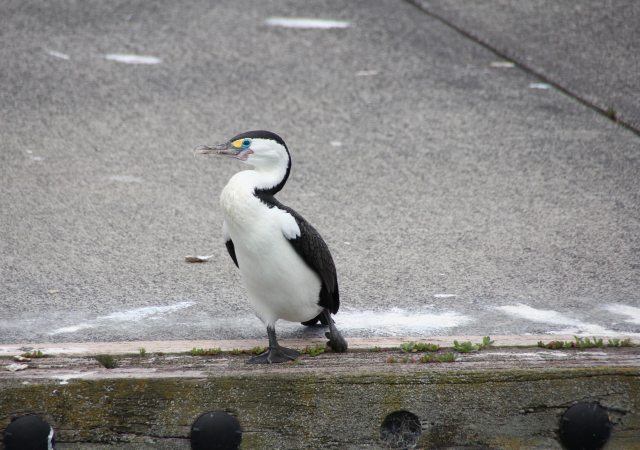 A Pied Shag with a poorly foot

We are so looking forward to exploring, but first a good hose down for Joy, some extra sleep for her crew and a reunion with friends.

Like Loading...
This entry was posted in New Zealand and tagged Bay of Islands, New Zealand. Bookmark the permalink.