Here on the small island of Providencia in the Western Caribbean we are just still in the ‘hurricane zone’, so a close watch as always is on the weather as the season started officially on 1st June and runs until 30th November.  Luckily we live in an age of ever improving technology and the tools for forecasting available to us on the internet are numerous.  Our daily routine of weather forecasting involves looking at satellite images, synoptic charts and the tropical discussion available on the National Hurricane Centre website. Dr. Jeff Masters from Weather Underground also publishes an excellent blog which provides a useful insight and opinion on weather systems in play.

This last week for us has been full of lightening and thunder, we have been on the edge of a huge wave of convection streaming up from Cartagena on the coast of Colombia heading West North West towards the Gulf of Mexico.  The quiet and shallow anchorage here has seen an influx of boats arriving, from being only one of two here we are now one of fourteen. We have had a few squalls which have made some boats drag, the sea bed is very soft sand with weed over grey mud and some anchors have struggled to get a good bite.  Two days ago a similar but much less dramatic thing happened to us, after three weeks of being pretty well embedded into the soft sand our anchor dragged just a couple of metres when the wind gusted all morning from 8 to 30 knots from different directions.  Combined with a low tide giving us just 20 centimetres under the keel we decided to search for slightly deeper water and after surveying the anchorage with a lead-line and snorkel (as our depth sounder decided to stop working when we first arrived from Grand Cayman) we found an extra foot or so of water between us and the reef behind. We did however find that when we went to move, the anchor had worked its way through the sand into the mud and was solidly dug in but decided to move anyway for peace of mind. After re-setting our CQR anchor Jez connected the kedge anchor to it in tandem so we now have two anchors set, one in front of the other. It’s a technique we haven’t tried before so a good opportunity to see how it performs in the variable gusty winds.

The heavy rain with thunder and lightening moves up from the Colombian coast to Mexico. We are located at the blue dot on the edge of the weather system.

Today the storm passed into an area of low pressure off the Yucatan peninsular and our weather improves.

The National Hurricane Centre give the storm a 90% chance of forming into a Tropical Cyclone (to be called Colin) over the next two days as it heads across the Gulf of Mexico to Florida.

With a brighter sky over Providencia it allowed a walk ashore to stretch our legs, most cruisers here haven’t strayed too far from their boats for a few days because of the poor holding. The island of Santa Catalina has some great trails, we walked to Morgans Head which is a huge rock protruding from the sea close to the shore on the west of the island. It is named after the infamous pirate Henry Morgan who was said to have used the island to launch attacks on Spanish boats laden with treasure in the mid 1600’s. It was a beautiful walk through the shading trees along the edge of the coast with stunning views and a variety of small birds and lizards, no other treasures found unfortunately.

Like many other trees here, this coconut palm has an orchid growing on its trunk.

I think this tiny bird is a Yellow-Rumped Warbler, he flitted from tree to tree in full chorus. 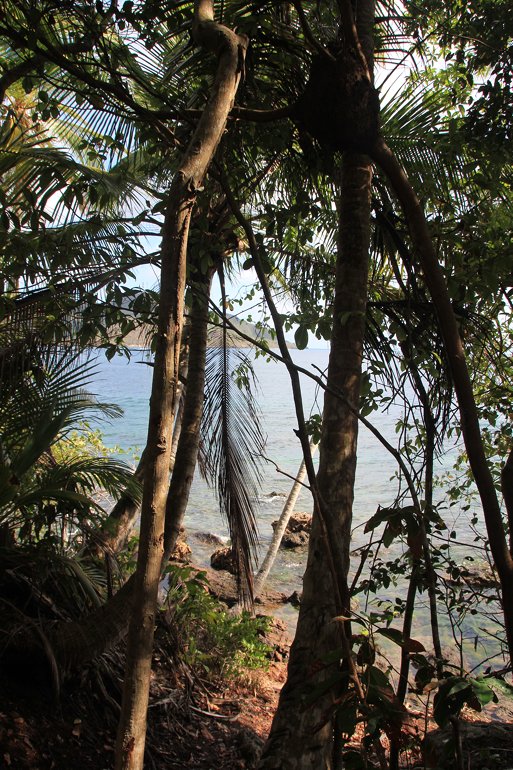 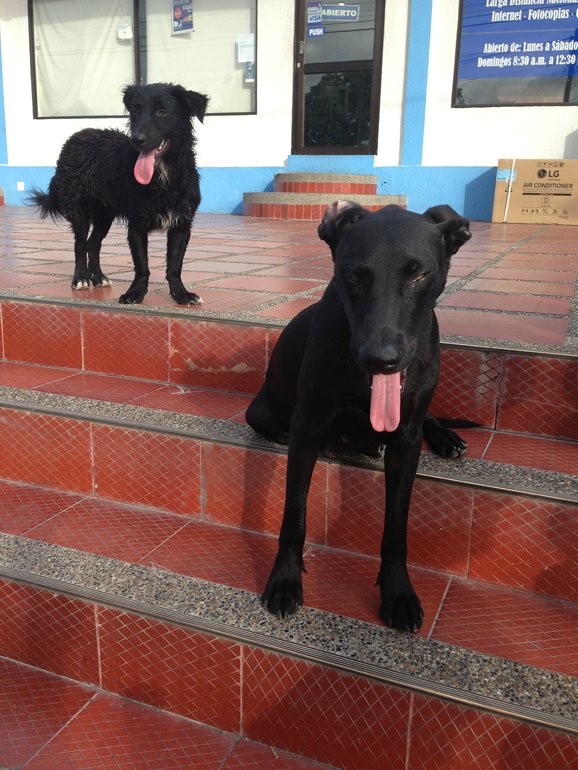 The local pooch population are very friendly and often meet us at the dinghy dock before accompanying us on our walks.

The rainy days were still productive ones though as I repaired the main sail cover which had ripped and made a rain cover for our saloon hatch so that we can still have airflow through the boat when its raining. But now I can continue refreshing the varnish with a couple of new coats and the rope lockers are having a fresh coat of paint too.