Colin soon developed into a tropical storm as it left Mexico and accelerated towards Florida with 50mph winds causing widespread flooding.  There seems to be a general trend developing over the western Caribbean this month as tropical waves sweep across on their way to the pacific all the way from Africa, bringing rain and quite amazing lightning and thunder. Our two anchors have worked very well and have both buried themselves deep into the sand and Joy hasn’t moved at all.

We spent last Sunday morning hiking over the island of Santa Catalina with Ted and Barbara from ‘Rosa dos Ventos’. We first met them in Cienfuegos, Cuba and crossed paths again in Grand Cayman, so it was a lovely surprise when they sailed into Providencia a couple of weeks after us. They knew the location of a derelict property on the other side of the island that had belonged to the notorious Colombian drug lord, Pablo Escobar, having already hiked there the week before, and were happy to guide us there through a network of small tracks, some quite overgrown but passable.

Escobar was thought to be the richest criminal in history with a net worth of $30 billion by the early 1990’s, supplying an estimated 80% of the cocaine smuggled into the USA. His cartel reportedly had so much cash in storage, that they spent $1000 a week in rubber bands to wrap the cash and had to write off 10% per year because of ‘spoilage’ due to rat damage!  He eventually died in a shootout in 1993 whilst on the run, having escaped from prison in Colombia. 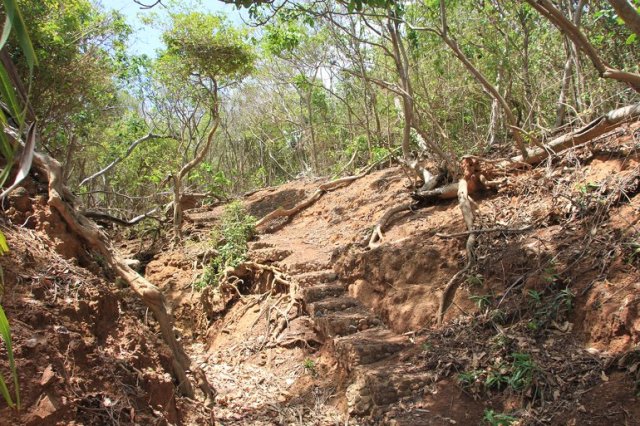 A long network of steps wind their way up the hill to the house at the top. 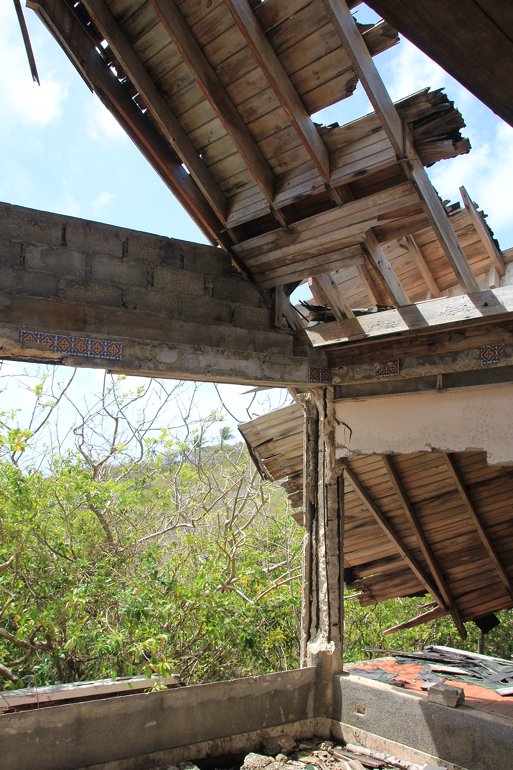 The remains of the swimming pool make a great habitat for vocal frogs and beautiful pink dragonflies. 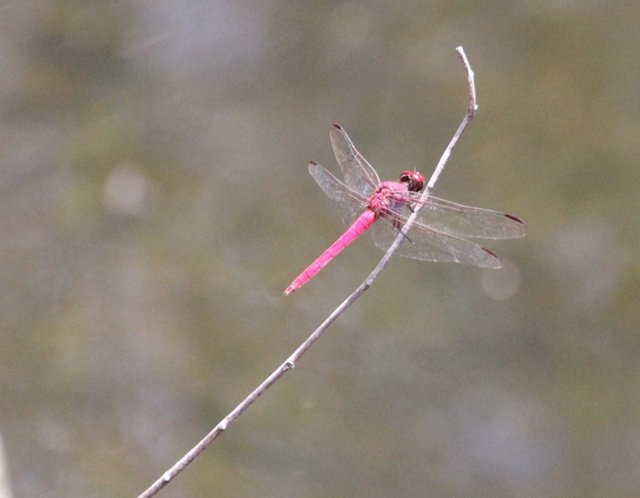 A dip in the pool… 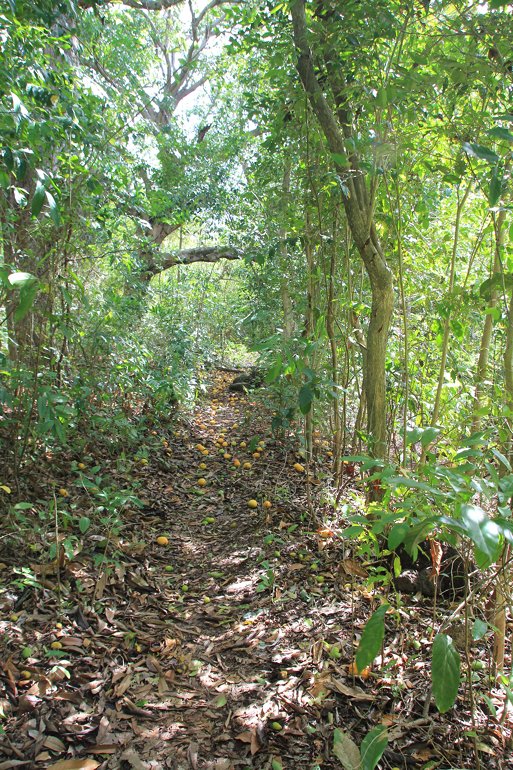 Mango Trees are numerous on the trails

It was a beautiful walk through the woods, up and down hills and across beaches although we did get lost a few times as there are so many tracks leading off into the undergrowth. On the way back we collected a big bag of mangoes each before heading into town for lunch.

Today we caught a taxi with Ted and Barbara to South West Bay for a wonderful fish platter lunch on the beach and as luck would have it the weekly horse race went ahead. Not quite Ascot but enjoyable all the same, with just two horses and one race you could easily have blinked and missed it.

The jockey uses a twiggy branch as a whip!

And finally Bob.  We first met Bob hanging around outside the supermarket, it seems to be his patch.  Despite being rather weak legged and half blind due to a very bad case of green gunky conjunctivitis, he is a very placid and friendly old boy who responds so well to some attention.

I do my best to visit Bob daily to give him a bonio (or two) and his face lights up when he sees me which usually isn’t until I am quite close due to his eyesight.  Although he did spot me before I saw him when we were walking to Mr Bush’s office the other day (he’s the maritime agent who deals with clearance into the country, we have been here a month and handed over $180 but still not received our tourist visas) and although he isn’t usually too steady on his legs he ran down the road after me with a very waggy tail.  The trouble is, he wants affection too and likes to rub his head up against me and it is difficult to avoid getting covered in green gunk.  I think I am going to have to bathe his poor eyes!

And this afternoon I finally managed to finish making my new Royal Ensign.