We have covered about 330 nautical miles since Monday lunch time, leaving Sardinia with a very steady 7-10 knot wind from the north east.  The first evening at sea we had a bite on our new lure ‘Baby Bob’ (previous ones lost to strong fish and unsuspecting ribs getting too close to our line), but the baby tuna caught was smaller than Baby Bob. We were over the moon nonetheless, and set about trying crafty camera angles to make it look bigger ready to email to our competitors on ‘Windsurf’ Peter and Marianne!

However, we needn’t have bothered, because the next day with Baby Bob on the rod and his mate Big Bob on a trawling line both came up trumps at the same time. A double whammy.  All of sudden the reel went crazy and as we grabbed it to stop it being pulled overboard bingo, the bungee on the trawling line went taught and the line stretched off to the other side of the boat. Jez started to reel in the first, quick as he could saying “don’t think it can be a tuna as they are supposed to fight hard”, with that off he went right on cue.  Jez fought for about 20 minutes trying to reel Baby Bob in gingerly, with the rod bent and sweat breaking out on his brow, he slowly but surely inched him in until we could see him under the water – a rather large tuna.  He occasionally got the upper hand and shot off under the boat, but we were determined not to let this one go.  As he circled close to the surface, on the fifth attempt I netted him and together we lifted our catch on to the deck (he was twice the size of the bucket), and can’t believe he even went for Baby Bob.  By this time the second catch had worn himself out and given up the struggle, we were not sure we still had him on the line so were surprised to find another tuna, only a tad smaller than the other.

Twenty two large portions of tuna steak in the freezer, plus tuna for supper and Jez ate some raw, yuk!  Check the piccies out – sorry Peter and Marianne, you are playing catch up!  Well done Baby Bob and Big BobJ Are we going to struggle to integrate back into society when we return? !

The rest of the trip went well, hot sunshine every day and just enough wind to sail all but one day when the donk came on.  We had a big dragonfly stay with us for a couple of days, he took a liking to the sofa so we moved him up on deck and he found various places to rest whilst he hitched a ride. As we sailed past S Mallorca we checked the weather and the wind was set to continue downwind and sailable until the following day so we pushed on to Ibiza, arriving Thursday morning.

We have anchored off Ibiza to catch up with some sleep and have hunted down the annoying squeak that the steering wheel had developed over the last few days.  Traced back to a bearing in the steering column hidden behind panels which inevitably meant taking half the boat apart to get to it, but joy as it has been cleaned and greased and squeaks no more. Happy Days, and tuna for supper…again!! 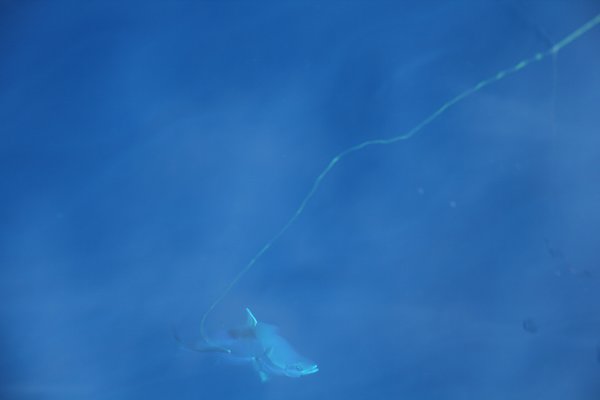 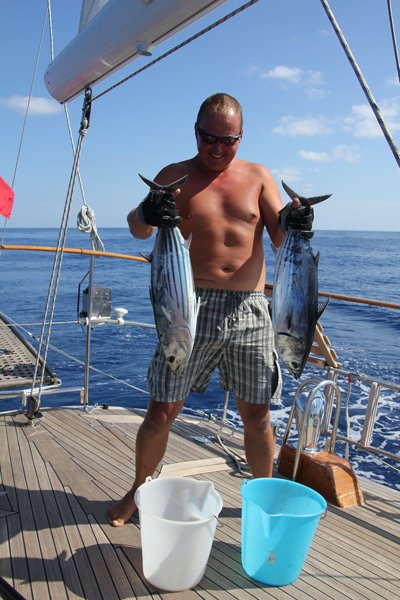 At last, a decent sized catch! 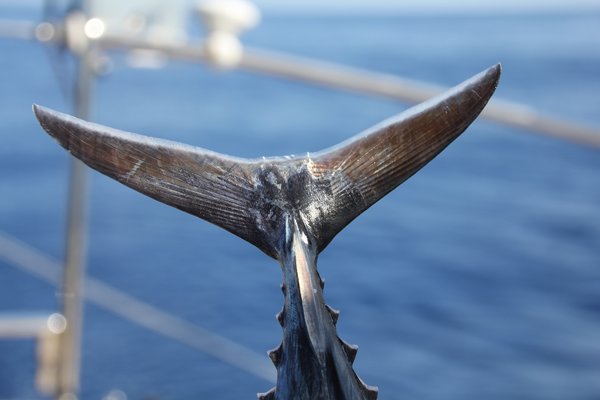 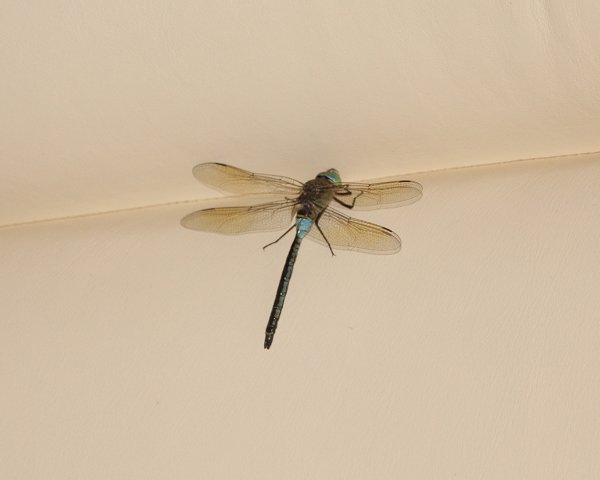